The Media Center offers summer internships for college students and young adults who are interested in a career in communications, media, film, and television production. Media Center interns gain hands-on production experience in a professional environment, and have gone on to pursue careers in film, communications, journalism, and television production. Internships are unpaid but can be taken as course credit. Our schedule is flexible and part-time.

Here are some of the activities you can expect to experience as a Media Center intern:

Here are some skills you can expect to gain as a Media Center intern:

To apply, please send a resume and cover letter to Emily Tullock at emily@capemedia.org. 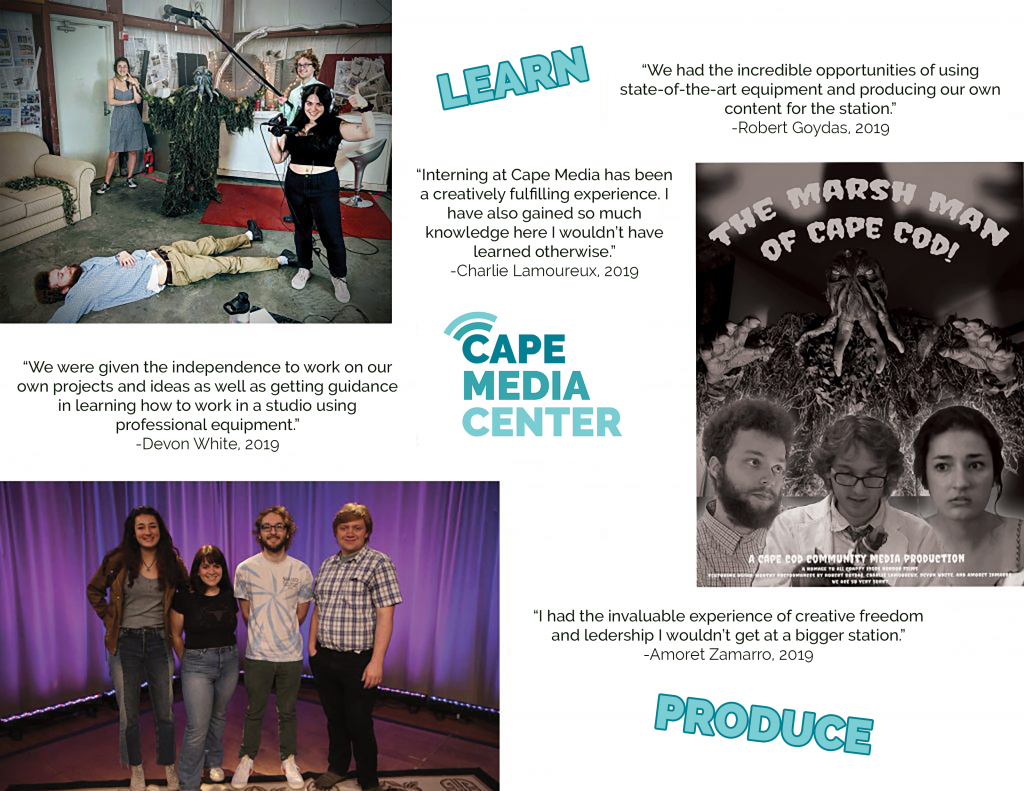 Film Project by the Summer 2019 Interns: